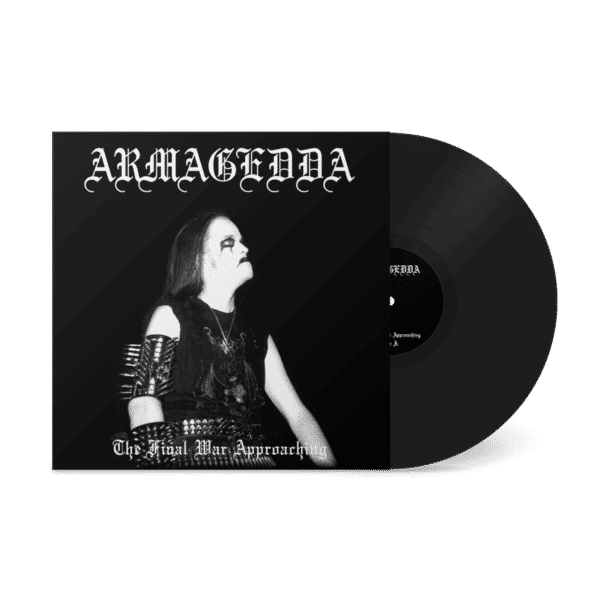 The phenomenon known as ARMAGEDDA spawned some 20 years ago and has pierced the dark hearts of humans across the globe ever since. As a symbol of its 20th year of existence, Armagedda will re-issue the whole back catalogue in its original form. The reissue of the band’s uncompromising debut album “The Final War Approaching” will come with identical artwork to the original release on the classic German label Sombre Records back in 2001.