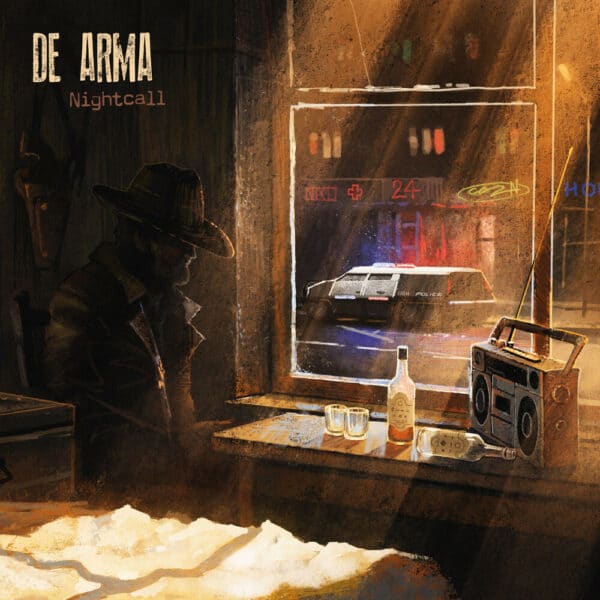 Fresh on the heels of their second album, “Strayed in Shadows”, Sweden’s premiere gothic rock band De Arma return with a three-song EP called “Nightcall”. Whereas the full-length still showed some traces of De Arma’s metal past, the EP introduces elements of darkwave into their ever-expanding sonic palette. Nonetheless, it retains many of the characteristics which earned the previous effort such critical acclaim: the outpouring of raw emotion materialising through sweeping dreamscapes, gripping choruses, and the mesmerising interplay between vocalists Andreas Pettersson and Maria Oja.

Serving as a bridge between the second and third albums, “Nightcall” builds further on the Depeche Mode infatuation hinted at on “Strayed in Shadows” and blends it with sounds which should appeal to fans of Drab Majesty, House of Harm, and later Paradise Lost; the spirit of the 80s animating a corpus borne of the present. The EP also expands upon the visual and thematic approach of its predecessor – that of being stuck in a dark and dystopian futuristic metropolis, where peril lurks around every corner – with cover artwork depicting the same figure in a setting catering to the lyrics.