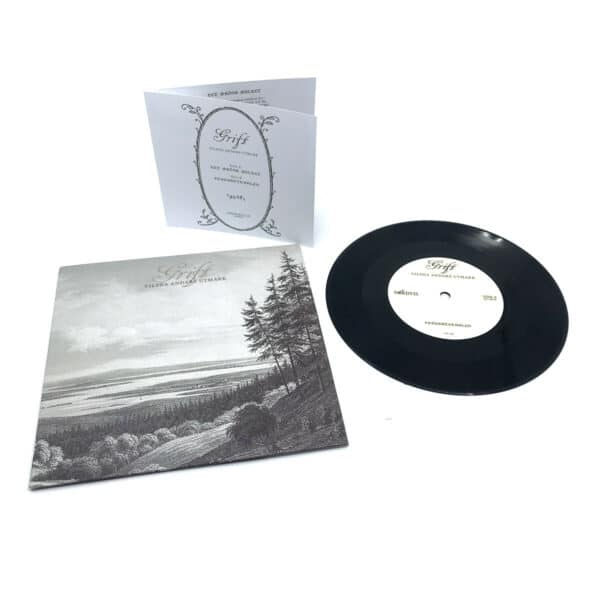 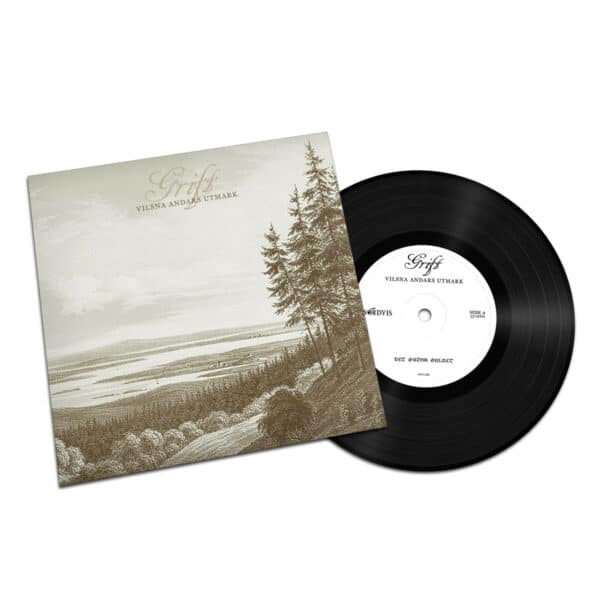 Seven-inch single on black vinyl with heavy jacket including a 4-page CD booklet. Limited to 500 copies.

With “Vilsna andars utmark” (‘Hinterland of lost spirits’) – a seven-inch consisting of two acoustic pieces – Swedish musician Erik Gärdefors further showcases his uncanny ability to capture the same sombre and nostalgic sentiments regardless of musical expression. Grift, his primary artistic outlet, is known for its seamless transitions between bleak, atmospheric metal and forest folk compositions. The project has grown prominent across multiple scenes – as evidenced by everything from prestigious splits with contemporary metal greats like Saiva and Drudkh to being billed alongside leading neofolk acts such as Sangre de Muerdago, Nebelung, and Wolcensmen.

“Vilsna andars utmark” will be released by Nordvis on November 4, 2022. All vocals and instruments performed by Erik Gärdefors – recorded and produced at his hermitage.

The new EP deliberates through folkloric sounds and solemn words mankind’s bond with nature. One could say it is the spiritual and musical successor to the similarly named “Vilsna andars boning” (‘Abode of lost spirits’, 2018). Both are heartfelt homages to the flora and fauna of Kinnekulle, a mountain of which nature, legends, and traditions has served as Grift’s main source of inspiration since the project’s conception in 2011.