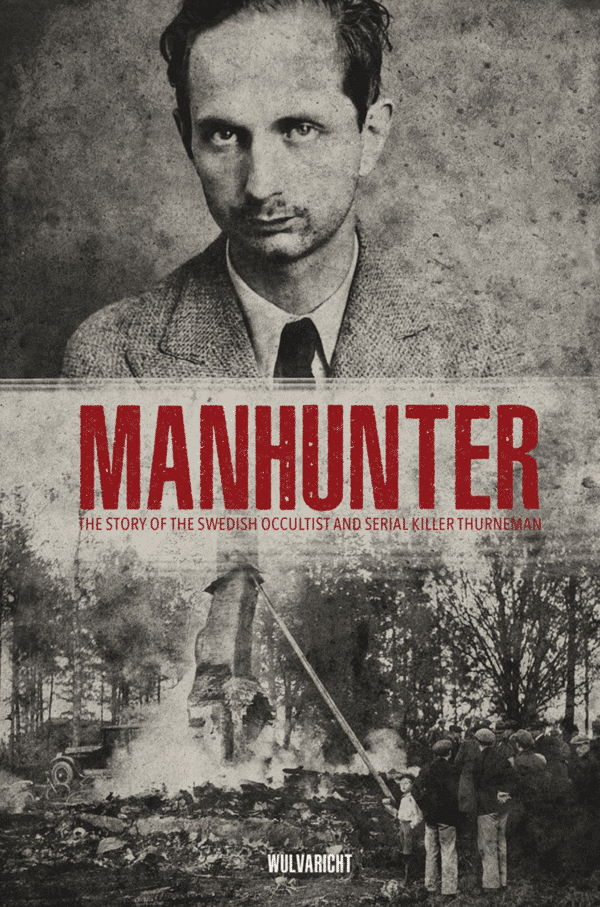 MANHUNTER: THE STORY OF THE SWEDISH OCCULTIST AND SERIAL KILLER THURNEMAN

“It is completely pointless to carry out a robbery if no one is killed.”

In the 1930s, there was a series of robbery-murders in the Swedish town of Sala. When the perpetrators were caught, it turned out that they were part of a secret occult organization called The Magic Circle. The Sala gang, as they were also known, was led by a charismatic hypnotist and serial killer who took on the name Thurneman, being an anagram for Manhunter.

Thurneman claimed that the robbery murders were related to black magic rituals and that he was in contact with dark entities on the astral plane. The Magic Circle conducted seances, led by Thurneman, under the spell on incense made from henbane.

Part I.
Cult and Terror
Terror in Sala
Thurneman
The Meeting with the Master
The Magic Circle
Spiritual Abilities
Mind Reading
Nocturnal Seances
The Taxi Homicide
The Double Homicide
The German Military Intelligence Service Abwehr
The Gas Homicide
The Robbery-Homicide in Sala
The Trial

Part II.
Ideology and Inspirational Sources
Thurneman and the Left-Hand Path
Tantrism and Advaita Vedanta
Thurneman and Buddhism
Blood is a very Special Fluid
Nietzschean Murderers as Role Models
Baron von Reichenbach and the Od-force
The Power of Hypnosis
The Witch Drug Henbane

First published in Sweden by Alruna in 2013 as Thurneman: ockultist och seriemördare
2020 edition © by Ajna Bound.
Design by Heresie Graphics