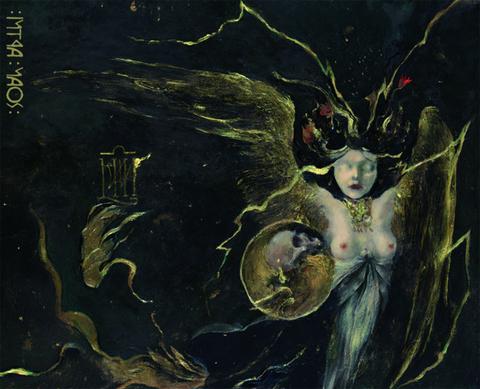 :Through Flickering Stars, They Seep:

Herein are 6 songs of profound introspection and honesty, unbridled by norms or trends, adhering to tenents of belief that should resonate with the seeker, the curious, the outsider. ALTAR OF PERVERSION emerges from the void after twelve years of searching, reflection, shattering the known and invoking the unattainable in the quest for the numinous. Rather than scratching the surface, these songs reveal what lies beneath the surface and unravel the illustrious blackness within. This is the vision of Pan-European Satanism. This is timeless Black Metal as it was understood from it’s nascent core.

Released in North America by the Ajna Offensive.