NoEvDia proudly announces the release of Adumbration of the Veiled Logos, the new album of VERBERIS, 17th of June 2022. 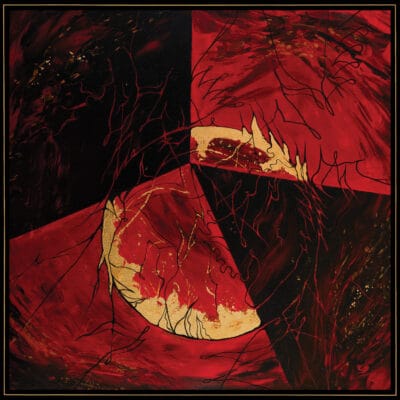 VERBERIS “Adumbration of the Veiled Logos”

I am the Father and the Tomb of the Heavens

Orders for the Gatefold DLP, digipak CD and 2 tee shirt designs are open.

Orders containing these records will ship on or around the release date, the 17th of June 2022.

“Adumbration of the Veiled Logos” is but a 58-minute interpretation of the ungraspable numinous from five angles. It speaks of the shrouded paradox of divine desolation—twining ferocity, solemnity and utter immensity through the coalescence of black and death metal.

Two years from intention to completion and recorded across two diametrically opposed continents, Verberis’ sophomore album is a work that has undergone yet further refinement from 2018’s “Vorant Gnosis” EP, and the band’s antipodean wellspring.

An evolution spurred by the clearing of vision and honing in upon the specific essences most relevant to it, “Adumbration of the Veiled Logos” is a monument whose aural intensity is matched both by the arresting artwork of Ars Alchymiae as well as the album’s metaphysical subject matter.

As with the preceding EP, the foundations of “Adumbration of the Veiled Logos” were received by DA (guitars) and then actualised through the indispensable expertise of JSM (percussion), NH (vocals) and MP (bass).