EAL Productions is proud to announce a co-production with Profound Lore: 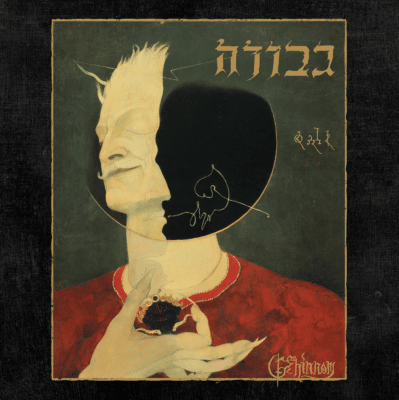 Pre-orders are open. Customers from the Americas and Oceania should order from Profound Lore.

The video to the song Blood-Soaked Katabasis can be seen here.

Spawned forth from the deepest abyss in Montreal, Québec in late 2010, GEVURAH have released in 2016 their highly-acclaimed debut “Hallelujah!”, as well as two vicious MLPs, namely “Necheshirion” in 2013 and “Sulphur Soul” in 2018. Now, blood-thirsty and with blades sharpened, the band presents its most intense and scalding release thus far. Somber and vicious Black Metal, yet authentic and efficient in its delivery, “GEHINNOM” is a journey through the physical and metaphysical desert, realm of death and transformation. From the pits of Gehinnom, we tread deeper into the abyss towards the final resurrection, with eyes opened and spirit liberated. Each track represents a step in this process of negating the flesh, linking microcosm with macrocosm and deepening the fall of Man.

“A blinding light, radiating from the skies; no man shall see His face and live…”