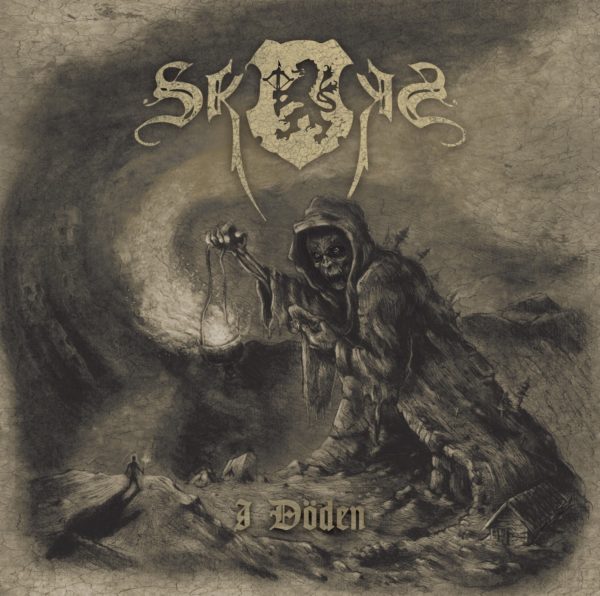 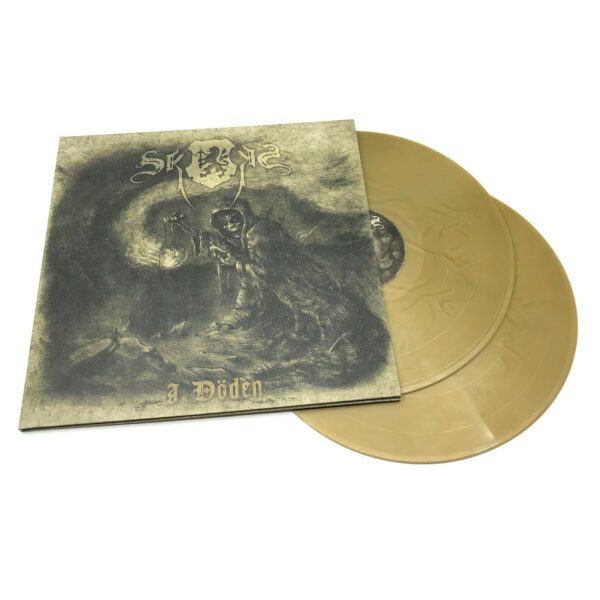 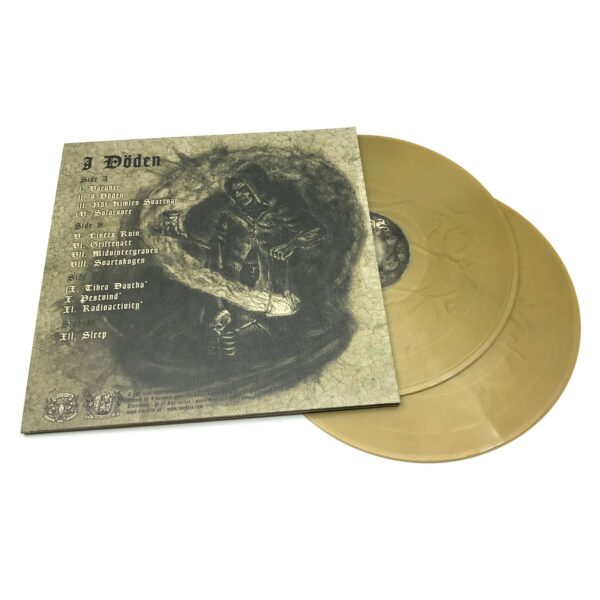 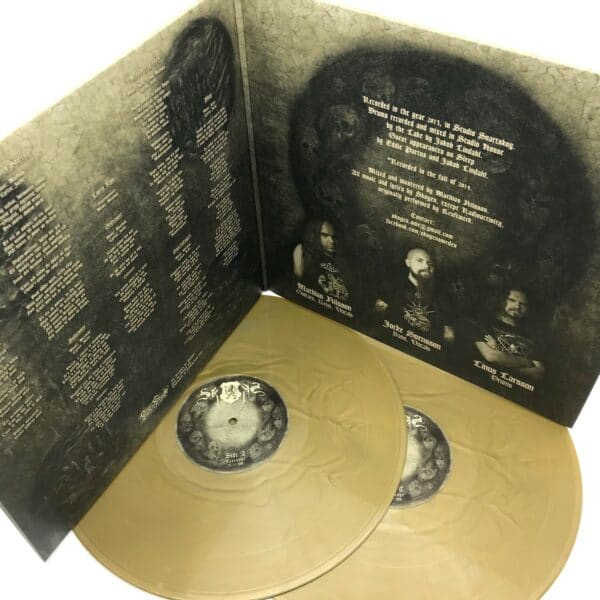 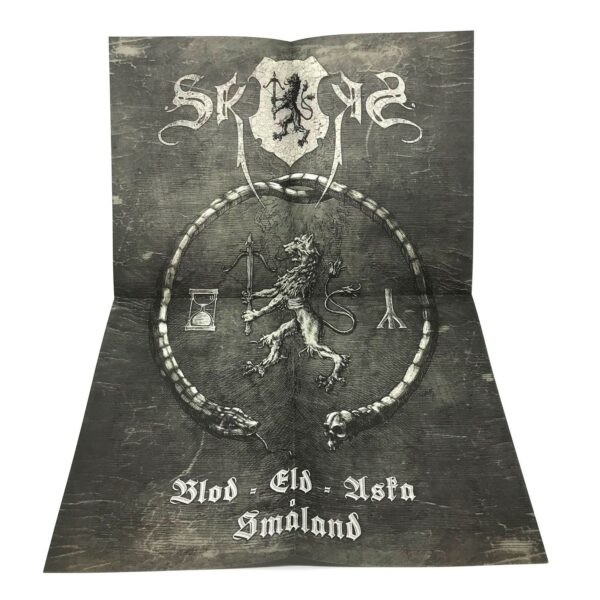 A modern Swedish black metal classic is once again being made available on vinyl. Nordvis in collaboration with Eisenwald Records – who licensed the first edition – are reissuing Skogen’s 2014 album “I döden”. It comes on 180 g double gold vinyl presented in a gatefold jacket, including an A2 poster with artwork by the late Wolkogniv of Folkingrimm Art.

“I döden” was the band’s fourth studio album, but their first on Nordvis. It has since come to be regarded as Skogen’s defining work, with which they truly made their mark. Following its release, they became a highly sought-after live band. And come the end of 2014, “I döden” could be found on many ‘best of the year’ lists, such as that of Sweden Rock Magazine in their home country.

Going back and listening to it now, seven years later, one can easily see why it left such an impact. While clearly inspired by a number of old genre greats, this is timeless music that has withstood both the test of time and the endless ebbs and flows of fads. Glorious guitar leads merge with subtle keyboard work to create a sonic texture which is solemn and forlorn, but still majestic. Skogen’s use of acoustic guitars and chanted vocals weave together stirring moods that harken back to Ulver’s Bergtatt. “I döden” is a conceptual and musical homage to Nordic darkness and death.