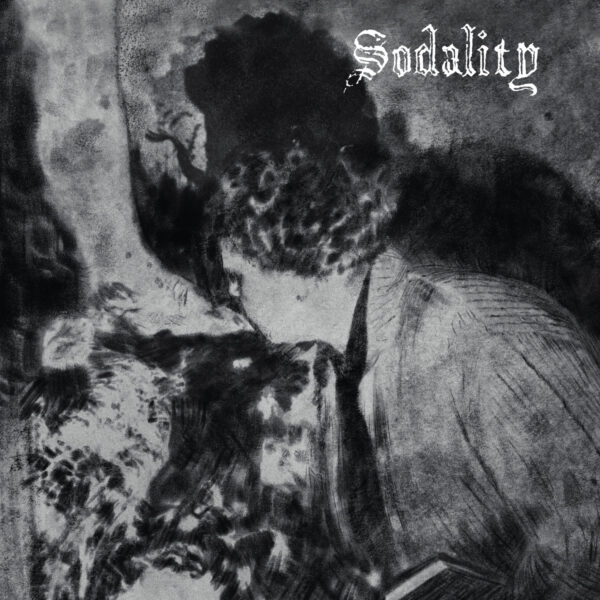 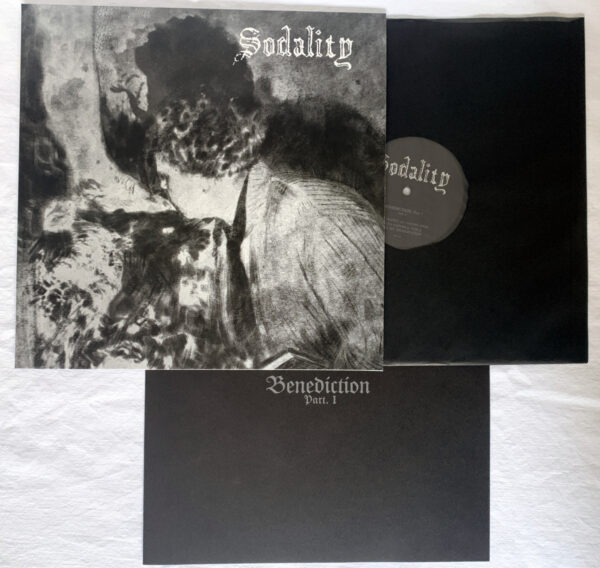 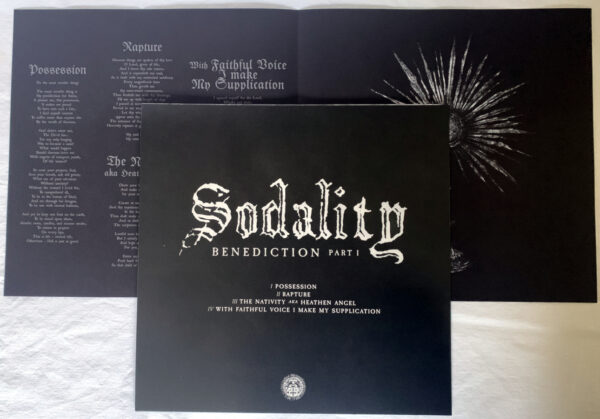 The genesis of “Benediction” can be traced to Hungary. Or more precisely, an encounter with a photography book, weathered by time, depicting rituals of the Christian faith: masses, moments of devotion to the saints, and prayers. These black-and-white photographs – which capture moments of selfless abandonment, ascetic discipline, and obedience – were veritably vibrating with the malefica inherent to Christianity. A markedly sinister presence of old crones, usually considered beacons of benevolence, appeared to make reality crack and reveal the latent image behind Catholic faith and ritual. The album’s title, naturally, should be read ambiguously.

Whilst capturing moments of the subconscious speaking in tongues, the songs on “Benediction” expand on the derelict Black Metal heard on “Gothic”, spiralling even further into absolute darkness. Sodality’s musical incarnation inches ever closer to the abyss, mirroring dedication taken to extremes – which is the utmost essence of the believer.